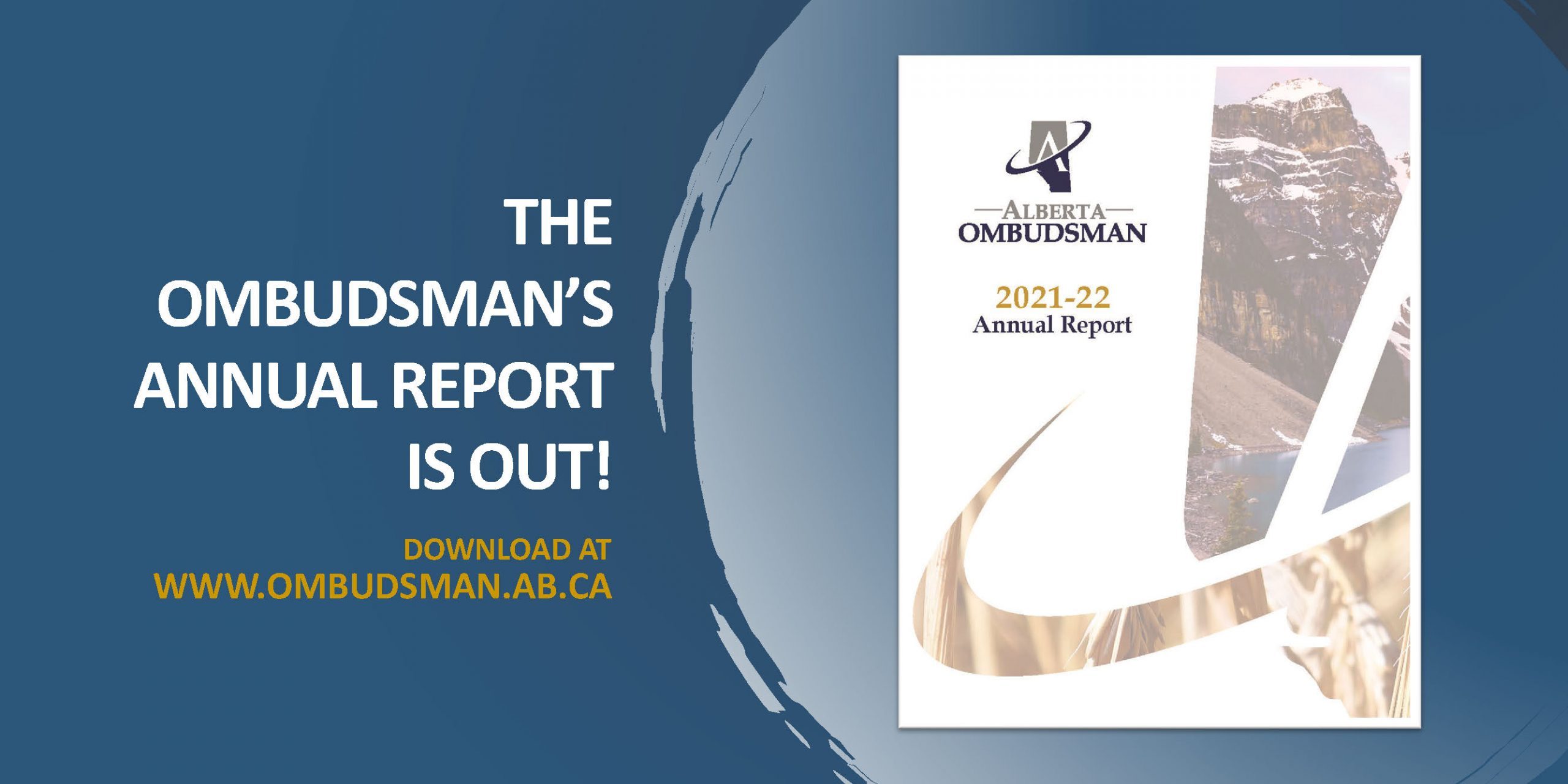 The 2021-22 report marks the 55th edition of its kind presented to Alberta’s Legislative Assembly. The number of requests for assistance and complaints about unfair treatment the office received increased slightly over year one of the pandemic with health-related matters remaining at the forefront.

The Ombudsman’s investigation into the Out-of-Country Health Services field reinforced an important principle—that government departments are required to comply with decisions of statutorily created quasi-judicial panels. The story, found on page 16, describes what happened when the final appeal panel approved an applicant’s medical expenses, but administrators concluded the documents received did not prove the expenses were eligible. The Ombudsman recommended Alberta Health follow the hearing panel’s direction in accordance with legislation. Cooperation and understanding finally brought the matter to a close and the medical expenses were paid.

In 2021-22, the office concluded a significant investigation into the government’s response to COVID-19 related matters. A series of complaints sparked an own motion investigation into the Government of Alberta’s Emergency Isolation Support Program. The Ombudsman recognized that the program was unique and that it was evident the government worked hard to quickly provide financial support to those who needed it. She concluded that while an effective program was put into place quickly, administrative fairness lessons could be learned for future emergency benefit programs.

This annual report also marks the last for Marianne Ryan who recently concluded her appointment as Alberta Ombudsman and Public Interest Commissioner. In an article on page 14, she reflects on her five years as Ombudsman, acting in her capacity to ensure government administers programs fairly.

“The office of the Ombudsman exists to help citizens navigate through complex bureaucratic situations to ensure they receive the services conferred on them by legislation…,” Ryan wrote, “As a neutral agent, the office not only helps complainants, but it also regularly assists civil servants to fairly deliver the programs for which they are responsible.”

She goes on to credit early resolution as the modern approach used by the office to streamline complaint investigations.

“Early resolution is much quicker…,” she says, “Experience over the past five years indicates that most complaints can be resolved at an earlier stage, led by administrative fairness investigators on the front lines.”

Our statistics show consistent investigation closure rates over the past three years—the vast majority closed in under three months. In 2021-22, the office also saw a 45% increase in the number of recommendations it made to improve administrative fairness when compared with the previous year.

From an outreach perspective, the office focused on building relationships with advocacy and services agencies. Many are mentioned in the report. In 2021-22, our office also developed a three-phase plan to gain a deeper understanding of Indigenous communities and the issues they face.

The report, including Marianne Ryan’s Reflections on Five Years as Ombudsman, is available for download here.