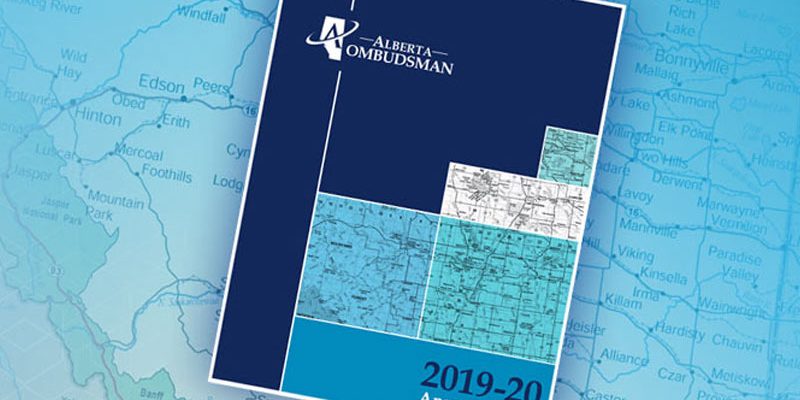 “The fundamental purpose of the Ombudsman is to be of service to the people. In providing oversight, too often we see avoidable instances of unfairness stemming from a disagreement with a decision, poor service delivery or inadequate communication,” Marianne Ryan explains in her opening message.

As the first of its kind in North America, the Ombudsman’s office was established on September 1, 1967 when the Ombudsman Act was proclaimed by the Alberta government. Today, the legislation authorizes the office to oversee provincial government authorities, municipalities, the Patient Concerns Resolution Process of Alberta Health Services, health professions and designated professional organizations.

What does this mean to the average Albertan?

It means when a breakdown occurs, written submission of a complaint by the individual affected empowers the Ombudsman’s involvement. A team of investigators acting on her behalf will take action on the complaint and help people adversely affected by an unfair decision or decision-making process.

The Ombudsman’s 53rd annual report includes statistical outcomes for her office’s performance in 2019-20. Highlighted in the report are demonstrated improvements to the time taken to close written complaints. A step in the investigative process called early resolution proved to be at the core of the improvements allowing Ombudsman investigators to work through an issue with complainants and authorities as quickly and informally as possible.

“The investigator was very clear with her questions and well informed about the issue. She explained the Ombudsman’s role and I found her to be welcoming, pleasant and understanding,” recalled one small town administrator who saw the beneficial sides of early resolution through a case involving her municipality. “This is not something you want to see drag on.”

Beyond statistics and individual case examples, the report also includes investigations focused on complex issues and how the Ombudsman brought about large-scale reform. The article Ombudsman Investigation Sparks Province Wide Policy Change describes a good outcome when a government department committed to consistent assessment of childcare rates for foster parents taking in children with special needs. The edition also includes College and Ombudsman Recognize Guideline Need, which tells the story of innovative guideline development by a self-governing health college as a result of the Ombudsman’s recommendation.

To read more from the Ombudsman’s 2019-20 annual report or to download a copy, visit the office’s website here.