Four Years In: A Fairness Update from the Alberta Ombudsman 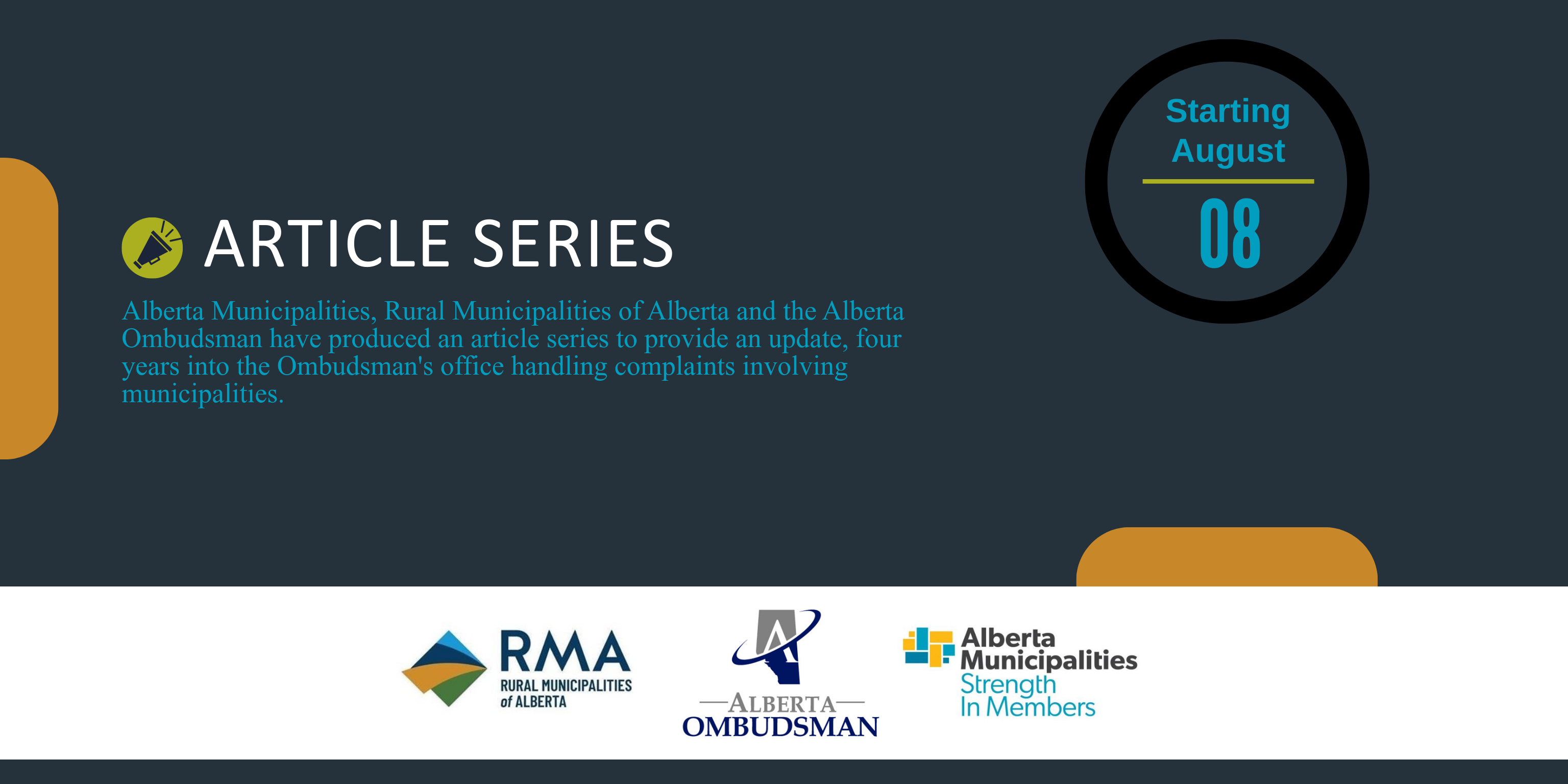 This is the first in a series of articles Alberta Municipalities, Rural Municipalities of Alberta and the Alberta Ombudsman have produced to provide an update, four years into the Ombudsman’s office handling complaints involving municipalities.

When the Ombudsman’s office first received and investigated municipality-related complaints, each case mapped out new ground. For the last four years, the office has invested in developing a strong and collaborative working relationship with municipalities in order to address complaints fairly and effectively.

The 2021 municipal elections brought change across the Province and both Alberta Municipalities and Rural Municipalities of Alberta recognize the opportunity to introduce newly elected officials and municipal administrators to the Ombudsman’s role.

On April 1, 2018, amendments to the Municipal Government Act came into effect, expanding the Ombudsman’s jurisdiction to include municipalities. The Ombudsman Act sets out the Ombudsman’s duty to investigate complaints related to any decision or recommendation made or any act done or omitted relating to a matter of administration. In responding to complaints, the Ombudsman starts with an informal approach called ‘early resolution’. If early resolution is not possible, a full investigation will determine whether a public agency has acted fairly, and whether its actions and decisions were consistent with relevant legislation, policies, and procedures.

At four years in, experience has shown that in most cases municipal complaints can be resolved with minimal intervention. Early resolution resonates with many parties since both sides benefit when the Ombudsman helps find quick, simple solutions. Since April 2018, the office has received over 1600 cases from complainants who have disagreed with a municipal decision or decision-making process. While the majority of these were addressed the day they were received, over 740 cases required further intervention. If the investigation finds opportunity to improve administrative fairness, the Ombudsman will provide the municipality with recommendations for improvement. These may include recommendations to make a policy or procedural change, issue an addendum, provide further explanation, rehear a matter, or take other relevant action.

Upon receiving an Ombudsman recommendation, municipalities are welcome to suggest alternative solutions. Should no agreement be reached, the Ombudsman has the legislative authority to advance the recommendations through the Minister of Municipal Affairs, to the Lieutenant Governor in Council and ultimately to issue a public report.
Municipal residents contact the Ombudsman about a wide variety of issues. In a recent internal survey, Ombudsman investigators shared that municipality cases most often relate to:

1) Municipal development, zoning, and land use
2) Council code of conduct
3) Enforcement of bylaws

In the next article in this four-part series, the Ombudsman’s office will offer a closer look at complaints in these categories through a trio of anonymized case studies. The names of the complainants and municipalities will be removed to protect confidentiality.