An amazing 47-year career with the Ombudsman 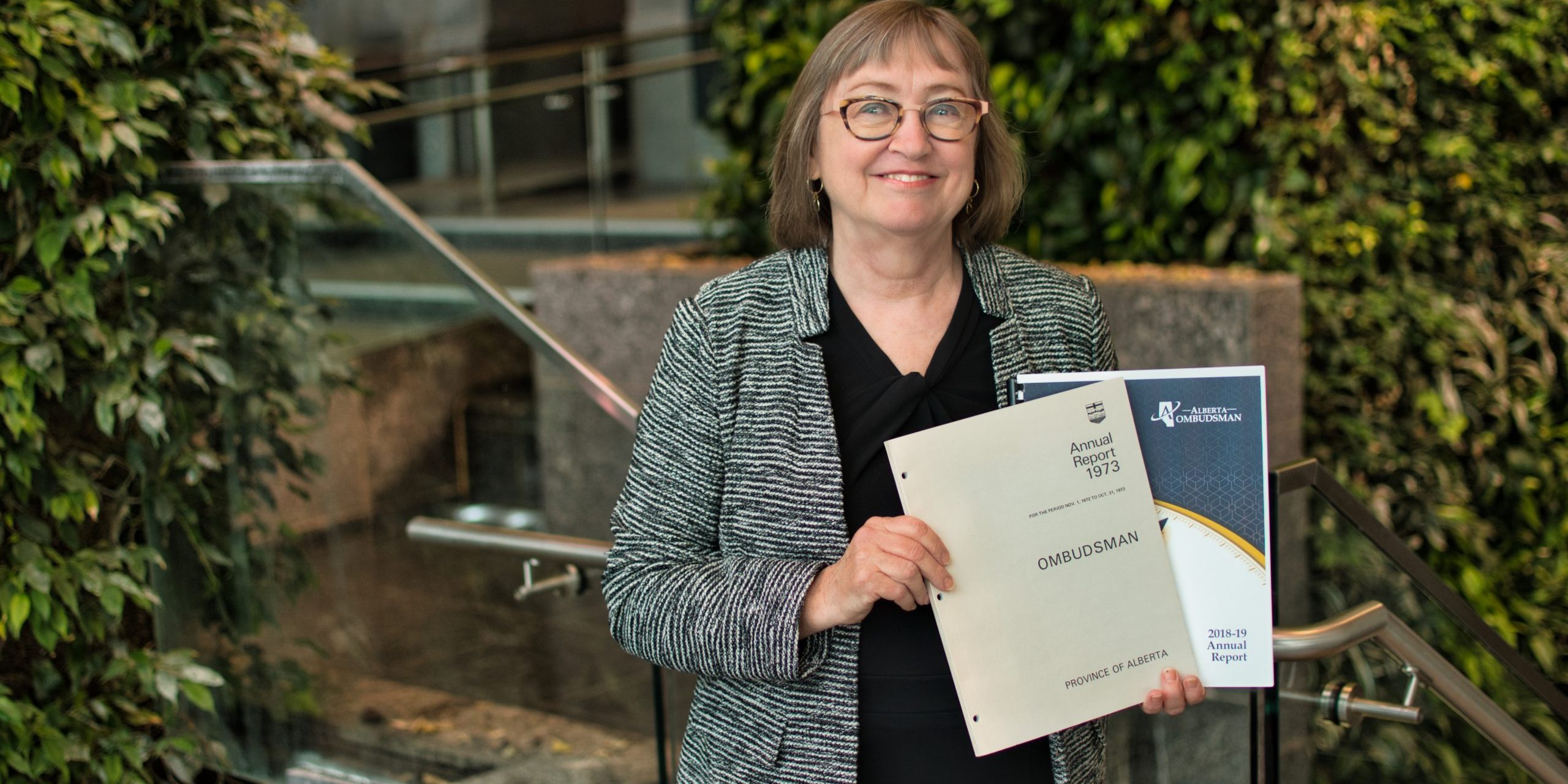 While retirement is a milestone most of us will achieve, not many of us will reach 47 years at the same office.

“When I started in 1973, the Ombudsman’s office was relatively new and the relationship between the office and many government departments was less than congenial. But, as departments became more familiar with the office, and as they discovered the office’s recommendations were well-founded and evidence-based, the Ombudsman’s credibility and working relationships throughout government improved,” reminisces Diann. “Of even more importance, departments learned Ombudsman investigations served to improve their processes.”

Diann, who began as a stenographer, worked with all nine Ombudsman since Alberta opened as North America’s first parliamentary Ombudsman office in 1967. She rose through the ranks from Secretary to the Ombudsman in 1976 to Ombudsman Investigator in 1980. Her deep understanding of Ombudsman issues and her commitment to achieving fairness for all citizens earned her various promotions including Manager of Investigations and the role she most recently held, Manager of Strategic Services.

A lot has changed since those first years. “Two major jurisdictional changes expanded our office’s reach,” she says. “In 1990, we began investigating certain designated professions including all professions under the Health Professions Act. Then in 2018, municipalities joined our jurisdiction and we acted on complaints from citizens concerned about fairness at the municipal government level.” The office adapted with advancements to early resolution strategies for investigations, digital case management systems and standardized procedures from intake to case closure.

Certain cases stand out in Diann’s memory. She tells the story of an own motion investigation into the death of a three-year-old child at a licensed daycare facility. While playing, the cord on the child’s jacket caught on the railing of a slide and went unnoticed by daycare staff until it was too late. The fatality review noted the daycare had failed to adhere to proper staff ratios. While the Ombudsman has never had jurisdiction over daycares, it does over the licensing branch. The investigation focused on the licensing procedures and resulted in 56 recommendations, all of which were accepted and implemented.

Fast forward to 2019 when Diann led an own motion into unfair processes by Alberta’s Mental Health Review Panels, the body responsible for holding hearings and making decisions related to the admission, detention and treatment of patients affected by a mental illness.

“Diann’s work on the own motion into Mental Health Review Panels has resulted in positive and far reaching improvements for patients experiencing mental health issues in Alberta,” states Marianne Ryan, Alberta’s ninth Ombudsman. “What’s more, she has been a key contributing member to the office’s management team and a valuable asset to our team approach for early resolution investigations.”

Even with the unprecedented, and for many, devastating impact of COVID-19, Diann continued to push hard until her last day on the job. In her farewell letter to staff, Diann concluded with,

“Government is getting bigger and more complex all the time and computers are doing much of the work that used to be done by humans.That human contact we have with people every day sets us apart. We are the problem solvers. We focus on who, what, where, and when because we have a real focus on process; but the reason why is the foundation and until this is known, the who, what, where, and when questions offer an incomplete answer to the puzzle.”

Thank you for your service, Diann. We will miss you.