When an Albertan appeals a decision, information on what will or will not be accepted as evidence to support their arguments should be clear and accessible. 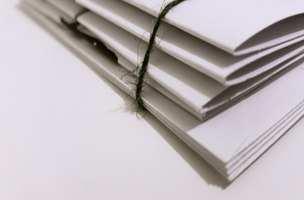 Mr. Watson had submitted a previous decision he received from the Commission to the Ombudsman. He argued evidence submitted in his previous appeal supported his arguments for the current issue. The Commission did not comment on this evidence in their decision.

Upon contacting the Commission, our investigator found previous commission decisions are generally not considered as evidence. While a representative familiar with the Commission would likely be aware of this practice, this information was not easily accessible for self-represented appellants.

Our investigator found that while the Commission did not address Mr. Watson’s evidence related to his previous commission decision, doing so would not have materially impacted the decision. As a result, we ultimately found Mr. Watson’s decision to be administratively fair. However, the investigator also identified an opportunity to make the appeal process clearer for future appellants. Upon contacting the Commission, an agreement was achieved for the Commission to post as a resource on their website, information that previous decisions will not be accepted as evidence at subsequent hearings.

Having access to information about what is considered as evidence ensures that all Albertans, even those who are self-represented, have fair opportunity to prepare a sound appeal.