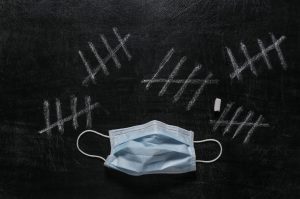 t a provincial correctional centre called our office stating he was being held in a COVID-19 isolation unit nearly two weeks after he was cleared to be moved out of isolation.  The isolation units in this centre require 24-hour lock-up, leaving inmates with limited time out of their cells.  Further, the inmate reported he did not have access to books or canteen.

The medical direction for correctional centres is set by Alberta Health Services (AHS) and differs across regions.  In this centre, AHS required symptomatic inmates to be tested for COVID-19 and moved to a unit with restricted movement and enhanced monitoring.  If the test returned negative and the inmate was asymptomatic for 48 hours, they could be moved off the medical isolation unit.

In this case Mr. Jax (not the inmate’s real name) tested negative and was asymptomatic for 48 hours by the time his test results returned, but he was not moved off the medical isolation unit.  Mr. Jax raised his concerns to the centre director and was told AHS made the decision to isolate him longer.  However, when Mr. Jax raised his concerns to AHS, he was told the correctional centre staff made the decision.

At this point in the pandemic, nurses were conducting daily wellness checks on all inmates.  Nurses would prepare an event summary that was given to a placement officer (a correctional centre staff member), who would make any necessary changes.  The shift manager involved would make a note on the corrections system.

Once the miscommunication was identified, Mr. Jax was immediately moved off the medical isolation unit.  Corrections management and AHS management met to improve their communications going forward.  As a result of the Ombudsman’s involvement, Mr. Jax’s concerns were not only listened to but addressed by the authorities and his rights realized.