It begins with effective listening

When decisions are made affecting Albertans, they expect to understand why the decisions were made and where to go to have their specific concerns addressed if they disagree. 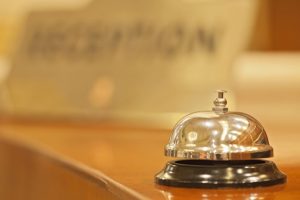 Jeff Brown* reported he and his wife experienced unprofessionalism by a health practitioner that ultimately led to a refusal of medical treatment. When he complained to the Alberta College of Medical Diagnostic and Therapeutic Technologists, the College determined Mr. Brown’s complaint was about the service at a medical clinic he had been asked to leave; however, this was not the case. Mr. Brown was complaining that his wife was ultimately denied medical treatment.

In issuing its decision, the College did not communicate the reasons for the decision and no information was provided to Mr. Brown on how to request a review of the decision.

Upon reviewing the complaint and speaking to Mr. Brown, our investigator determined there was a misunderstanding of Mr. Brown’s complaint—a breakdown in communication had occurred—and the crux of his complaint was misinterpreted.  The investigator contacted College staff who proved receptive to new information.

Through the early resolution stage of our investigative process, our investigator asked the College to provide clarity on the reasons for the decision and provide Mr. Brown with his right to request a review of the decision as per the Health Professions Act. The College promptly issued an addendum that addressed the identified issues.

We often see miscommunication as the root cause of many complaints made to our office. Confirming what the issue is, communicating reasons for a decision, and providing information on how to request a review of a decision are all necessary pieces to ensure a decision or process is administratively fair.